Presenters and presentations on Friday 4.12.2020 MY-14 at the beginning. Photo: Finnish Air Force Museum Conservator Harri Huopainen: The conservation of the Brewster 239 BW-372 and the Hawker Hurricane I HC-452

Brewster BW-372 and Hawker Hurricane Mk.1 HC-452 as representative examples of Finnish Air Force Museum conservational approach. Presenter, Harri Huopainen, is a conservator in FiAF Museum. Huopainen has been involved on conservation of Brewster as an apprentice and as a leader of project on Hurricane.

Both planes are good examples of established conservation methods of Finnish Air Force museum, where planes are preserved in as original condition as possible and drastic renovation methods are avoided if possible. That includes preserving of paintwork and covering fabrics etc., that would need to be replaced if the planes are to be restored to static condition representing new or operational plane or to flying condition. Brewster and Hurricane made this approach easy to apply as both planes were preserved in highly original condition and it was possible to concentrate mainly on preservation work. The presenter will describe the milestone moments through the chronology of the project detailing the decision-making process and the general philosophy of the build. For example, what was considered too far gone, what could be kept, where other parts came from and what can be considered original.

The aircraft has been at the museum longer than the presenter has. So he will rely heavily on information from Gunnar Koch of the Bodø Luftfartshistoriske Forening and the volunteer group, who have conducted the majority of the work. The presenter will chat about the work of the Michael Beetham Conservation Centre team and some of the projects they have been involved with over the years.
Link to the presentation video in Youtube: https://youtu.be/YfybTHmNsE0
Esittelijä kertoo työstä Michael Beetham -konservointikeskuksessa ja sen tiimin tekemistä konservointiprojekteista. 3 months on service, 33 years at the bottom of the sea, 40 years of restoration
The fateful flight of February 10th, 1946
A group of nine B 18 and one B 3 aircraft were on their way from F14 in Halmstad to F21 in Luleå to practice bombing in winter conditions. The flight made a stopover at F 1 in Västerås for refuelling and remained there for three days because of the bad weather in northern Sweden. On Sunday morning, February 10 the weather forecast was better, but meteorologists warned about snow from the west. It was estimated that the group would reach F 21 before the weather deteriorated. The commander, Christian Nilsson, started 30 minutes before the others to report the weather to the following pilots. The flight went well, and Nilsson landed at F 21. In the area of Piteå, about five minutes from F 21, the rest of the group encountered heavy snow clouds. Everything went white as a sack of flour.

The pilots were ordered via radio to turn south to land at Sundsvall-Härnösand airport, which was the nearest airport open during the winter. The division was split and two by two they flew through the clouds of snow and fog. During the flight to the south information was transmitted to the pilots that Sundsvall-Härnösand Airport was closed due to fog and snowfall. With almost empty tanks there were no possibilities to reach the next available airfield. Shortly thereafter the dramatic order was heard on the radio.
- Emergency landing wherever you can!
One of the more successful landings on the ice was made by Carl Axel Lindh, pilot of B 18B number 18172, marked with code "D". The crew was happily saved. Only the pilot had got minor injuries, but when the aircraft was to be salvaged some days later, a wire broke, and the aircraft sank to the bottom of the sea.
After the extensive salvage effort 33 years later, work commenced to make the aircraft suitable for viewing. The restoration of B 18 Red David would take more than 40 years of hard work. The original plan was to just restore the aircraft externally but during the work, the level of ambition increased and now the inside of the aircraft is also largely restored.
The renovation group has mostly consisted of Saab technicians and Air Force technicians. But the project has also included one woman, Gulli Mjärdsjö, who worked with the canvassing of Red David in connection with the renovation. It was also Gulli who carried out this task with all the B 18s when they were built at Saab in Linköping. Without those people's dedication and expertise Red David would not be at the Air Force Museum today.
Link to the presentation video in Youtube: https://youtu.be/pVvPrUYlIME
Esittäjä kertoo Ruotsin Ilmavoimien Saab B 18B -koneesta, joka ehti olla käytössä kolme kuukautta, sen jälkeen 33 vuotta meren pohjassa ja lopulta 40 vuotta entisöitävänä.
B 18 numeron 18172 onnettomuus tapahtui 10.2.1946. Se oli tehnyt lumimyrskyssä ja sumussa pakkolaskun jäälle. Muutamaa päivää myöhemmin tehty koneen nostoyritys epäonnistui ja vaijerin katketessa kone upposi mereen. Nostamisen jälkeen kone oli tarkoitus entisöidä vain ulkopuolelta, mutta projektin edetessä ruokahalu kasvoi ja kone entisöitiin myös sisältä. Saabin ja Ruotsin ilmavoimien mekaanikoista koostuvaan entisöijien joukkoon osallistui myös yksi nainen. Hän oli myös aikoinaan Saabin tehtaalla toteuttamassa uusien B 18 -koneiden kangasverhoilua. Vice President of Education and Collections Katie Swaringen: The Miracle on the Hudson project 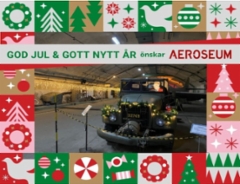 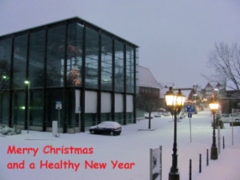